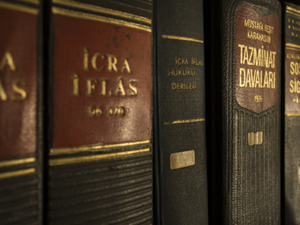 The University of Pittsburgh at Greensburg will host a Legislative Action Conference as part of its Criminal Justice Day on Thursday, November 7. Experts from across the region will discuss reform efforts taking place throughout the criminal justice system. The panel discussions and networking event are both open to the public at no charge. The event is sponsored by the campus Criminal Justice Club in partnership with the Pitt-Greensburg Office of Career Services.

"This year's Criminal Justice Day theme of Legislative Action is intended to provide students and community members with the tools to challenge the issues of inequity that have become commonplace throughout the criminal justice system,” said Timothy J. Holler, PhD, assistant professor of Criminal Justice at Pitt-Greensburg and advisor to the Criminal Justice Club. “Engagement in the political process from well-informed citizens and practitioners is one of the primary ways to produce appropriate and sustainable changes. Attendees to our Criminal Justice Day will be empowered to take action in their local communities, where their impact can be noticed and immediate."

In addition to the four panel discussions listed below, the event will include a Networking Luncheon Event from 11:30 a.m. to 1 p.m. in the Hempfield Room (Chambers Hall). This Networking Luncheon Event that will allow students and other visitors to network with local, state, and federal agencies in the criminal justice field. Representatives from the following organizations will be in attendance: U.S. Customs and Border Patrol, U.S. Drug Enforcement Administration, Federal Bureau of Investigation, Pennsylvania State Police, Blackburn Center, Allegheny County Sheriff’s Office, Davis and Davis Attorneys at Law, The Pittsburgh Steelers, Westmoreland County Children’s Bureau, Westmoreland County Prison, and Westmoreland Casemanagement & Supports, Inc.

The four panel discussions to be held throughout the day in the Mary Lou Campana Chapel and Lecture Center (150 Finoli Drive, Greensburg, PA 15601) include:

Founded in 1963, the University of Pittsburgh at Greensburg is a publicly assisted, four-year, liberal arts college in southwestern Pennsylvania. Pitt-Greensburg offers 29 baccalaureate degree programs, including new majors in Nursing, Healthcare Management, Public Policy, and Education, as well as 26 minors and four certificate programs. With nearly 1,500 students, more than 10,000 alumni, and faculty and staff numbering 260, Pitt-Greensburg provides a vibrant, diverse community that is a dynamic model of a 21st century liberal arts education. As part of the University of Pittsburgh system, Pitt-Greensburg offers the resources of a world-renowned university combined with the individualized and immersive experiences of a small liberal arts college. Creativity and an entrepreneurial spirit permeate the campus and extend into its many collaborative projects with the Westmoreland County community. Nestled in Pennsylvania’s beautiful Laurel Highlands, the campus is surrounded by the region’s outdoor recreation venues and rich history. It is a five-minute drive from uptown Greensburg and less than an hour’s drive from Pittsburgh.