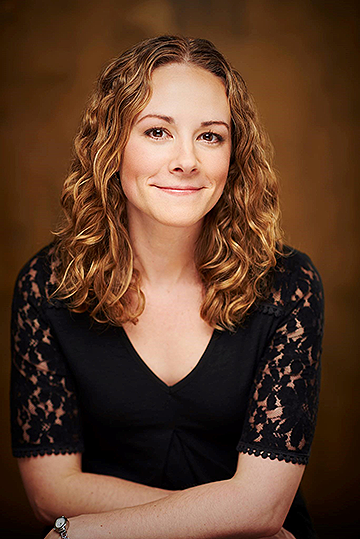 The Spring 2017 Pitt-Greensburg Written/Spoken Series welcomes author Clare Beams on Tuesday, February 28, at 7 p.m. in the Mary Lou Campana Chapel and Lecture Center. Pitt-Greensburg students Michelle Etling and Brooke Lawrence will open the event, reading from their own work. A book sale and signing will follow the reading, which is free and open to the public.

Published by Lookout Books in October 2016, Clare Beams’s debut story collection, “We Show What We Have Learned,” was a 2016 Kirkus Best Debut and a finalist for the PEN/Robert W. Bingham prize. Her fiction appears in “One Story,” Electric Literature, “Best American Nonrequired Reading,” “Ecotone,” and elsewhere. Her work also received special mention in “Best American Short Stories.”

A 2014 National Endowment for the Arts (NEA) Fellow in Prose, she teaches at Carnegie Mellon University and the Pittsburgh Center for the Arts. Beams lives in Pittsburgh with her husband and two daughters, one of whom was just born in December 2016.

Michelle Etling and Brooke Lawrence are senior writing majors who are currently working on their Writing Capstones. Their readings will be excerpts from their work done for their capstones.

The Pitt-Greensburg Written/Spoken Series that brings nationally-known poets and writers to the Pitt-Greensburg campus. Undergraduate student writers participate in readings and give performances of their own work. The series is sponsored by the Pitt-Greensburg Creative and Professional Writing Program and the Office of Academic Affairs. For more information, contact Professor Lori Jakiela at 724-836-7481 or e-mail loj@pitt.edu.