The University of Pittsburgh at Greensburg will host a weeklong series of events in observance of Veterans Week 2019, set for November 11 through November 15. The public is invited to participate in several of the events at no charge. 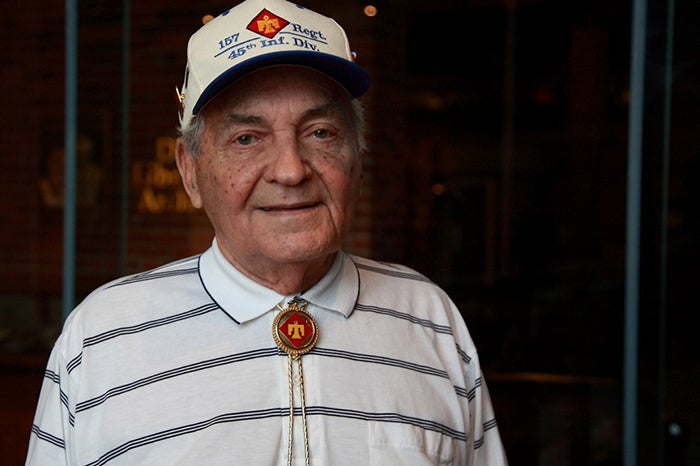 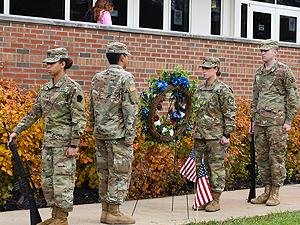 The week opens Monday, November 11, with a wreath ceremony at 11 a.m. at the flag poles located outside of Chambers Hall on the Hempfield Township campus. Jacob Snyder, a Pitt-Greensburg student and US Army Veteran is the keynote speaker. The event will also feature remarks by Pitt-Greensburg President Robert Gregerson, an ROTC color guard, and taps played by a military bugler.

In 1996, Snyder enlisted in the Army and, 20 years later, retired after serving as a military police officer, a jumpmaster instructor and team leader with the US Army’s Advanced Airborne School, and as the US Army Alaska’s Airborne Operations NCO, overseeing the safe and efficient training of more than 4,000 paratroopers. Snyder was deployed numerous times in support of peacekeeping and combat operations to include three combat tours in Afghanistan, one combat tour in Iraq, an operational peacekeeping deployment to Kosovo and an assignment to Turkey. His awards and decorations include three Bronze Starts for meritorious service in combat, two Meritorious Service Medals, a Joint Service Commendation Medal, and three U.S. Army Achievement medals along with numerous campaign medals, The Combat Action Badge, Master Parachutist Badge, Pathfinder Badge, and the Air Assault Badge. At Pitt-Greensburg, Snyder is pursuing a bachelor’s degree in history with a minor in political science. He lives in Murrysville with his wife Sara and their five daughters.

Following the wreath ceremony, a Veterans Day Luncheon will be hosted at 11:30 a.m. in the Hempfield Room (Chambers Hall) by Phi Eta Sigma Freshman Honor Society. This annual event is open to all area veterans and their families.

On Tuesday, November 12, the public is invited to attend the screening of the documentary “Top Secret Rosies: The Female Computers of World War II.” This film tells the story of a group of female mathematicians who were recruited in 1942 to complete secret research for the US Army. It shares the little known story of the women and technology that helped win the war and usher in the modern computer age. The film will begin at 7 p.m. in Village Hall 118.

Pitt-Greensburg invites the Greensburg community to join them in their second annual RED out: Remembering Everyone Deployed on Friday, November 15, by wearing red throughout the day. Pitt-Greensburg’s Veterans Services encourages participants to take a photo and share their RED Out participation on Twitter at @PittGBGVets.

Visitors to campus are encouraged to stop by Millstein Library to view a special display that includes a World War II Paratroopers Uniform on loan from the Soldiers & Sailors Museum (Pittsburgh) and a present-day US Army Airborne Uniform worn by Army veteran and Pitt-Greensburg student Jacob Snyder. A World War II Wedding Gown, also on loan from the Soldiers and Sailors Museum, illustrates the immigration story of World War II brides. A Roll of Honor, honoring Pennsylvania soldiers lost since September 11, 2001, is also on display. The display is available for viewing during normal library hours from November 11 through November 15.