Dr. William Campbell has been teaching courses in History at Pitt-Greensburg since 2008. A proud Pitt graduate, Dr. Campbell earned his Ph.D. in Medieval History at the University of St Andrews in Scotland (2007). After working on a research project for two years in London, he earned the post-doctoral Licentiate in Medieval Studies degree from the Pontifical Institute of Medieval Studies in Toronto (2012). Dr. Campbell has taught a wide spectrum of courses, including Black Death: Plague and History; England since 1689; Nineteenth-Century Europe; and the United States sequence. His particular interest is in the history of religions, so many of his courses have been cross-listed with Religious Studies, such as Religions of the West; Origins of Christianity; Ancient and Medieval Church History; and most recently Christians, Muslims, and Jews in the Middle Ages: Connections and Conflict. In the fall of 2018, he will be co-teaching a new course on the Inquisition with Dr. Pilar Herr. Asked what he enjoys most about history, he says, “History brings us face to face with people who not only dressed and spoke differently. They also lived, acted, thought, and understood the world in ways that can be shockingly different, and often we have to read between the lines to figure out what they really believed. This is hard but rewarding work. I love helping students to work through these puzzles, allowing them to find their own ‘Aha!’ moments, and learning from them as they ask questions that had never occurred to me. Our diversity allows everyone to bring something unique to the table.” As a scholar, Dr. Campbell has published three books on the history of religion in Britain, most recently The Landscape of Pastoral Care in Thirteenth-Century England (Cambridge University Press, 2018). He is traveling to England and Wales in the summer of 2018 to conduct archival research for a book on the Welsh cathedrals. Pitt-Greensburg's Green Scholars program is sponsoring a student research assistant to work closely with him on the project during the 2018-2019 academic year. When he is not in his classroom or office, Dr. Campbell might be found singing in a choir, making sawdust in his basement shop, camping with the Boy Scouts, or playing games with his family. 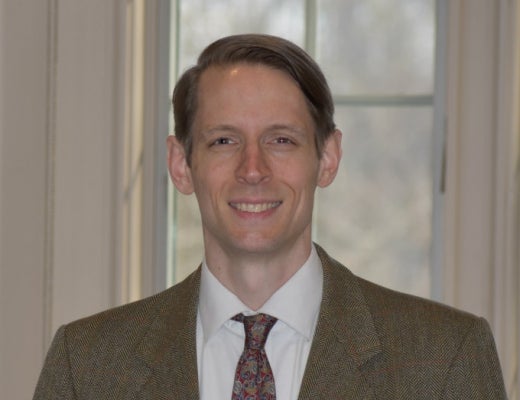