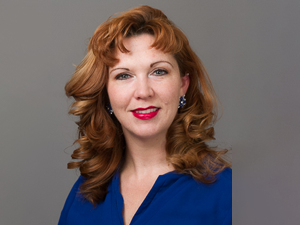 The University of Pittsburgh at Greensburg welcomes Elizabeth Lins Shoenfelt, coloratura soprano, and Fred Dade, pianist, for the next performance in the Joan Chambers Concert Series on Friday, Feb. 14. This event, which is free and open to the public, will begin at 7:30 p.m. in the Mary Lou Campana Chapel and Lecture Center (150 Finoli Drive, Greensburg, PA 15601).

Shoenfelt describes this concert as a Valentine’s Day look at the good, the bad, and the ugly of love as experienced through the music of Dowland, Handel, Strauss, Milhaud, Grieg, Dvorak, and others.

“I am very excited to share these songs,” said Shoenfelt. “It's Amor: Il buono il brutto il cattivo because love is such a complicated subject, with so many aspects to what affects our hearts. This is going to be a fun way to explore them. Come for the variety of songs, for the beauty of these works.”

An assistant professor of music at Shippensburg University, Shoenfelt has also taught at Bloomsburg University, Wilson College, and Messiah College. She received her doctorate in vocal performance from Shenandoah Conservatory and is in demand as a soloist, voice teacher, guest conductor, and choral clinician. In addition to her university duties, she maintains a busy private voice studio, directs the Susquehanna Young Women’s Chorale, and is a recurring choral adjudicator and clinician. Shoenfelt also serves on the executive board of the American Choral Directors Association of Pennsylvania as the repertoire and standards chair for women’s choirs.

Shoenfelt is a frequent recitalist throughout central Pennsylvania and Virginia and has sung principal roles with opera companies in Harrisburg and Philadelphia. She made her professional debut at the age of twenty with the Harrisburg Opera Company singing the role of Juliet Brooks in the Pennsylvania premiere of Benjamin Britten’s The Little Sweep. In 2008 she was featured as the soprano soloist in Mozart’s Mass in C Minor with the Shippensburg Summer Festival Series, and in 2009 she sang the soprano solo in Vaughan William’s Dona Nobis Pacem under the direction of choral pioneer Robert Page at the Pennsylvania Choral Directors Association convention. Also in 2009 she had the privilege of singing with opera legend Frederica von Stade. Since 2010, she has enjoyed multiple appearances as a guest artist with the Piedmont Symphony Orchestra, and she is the recurring soprano soloist in Handel’s Messiah with the Pennsylvania Consort. She has sung in a variety of venues throughout the United States and Europe, including performances for the former governor of Pennsylvania, several Miss Americas, and a concert appearance with Kenny Rogers.

Fred Dade, a native of Chicago, IL, is an assistant professor of music at Shippensburg University where he teaches courses such as music appreciation, world music, and class piano one. He also is choir director/organist at St. Paul Episcopal Church in Harrisburg.

Dade, who has extensive experience accompanying many different types of choirs and soloists, has accompanied artists like Marietta Simpson and George Shirley as well as Master Classes conducted by mezzo-soprano Frederica Von Stade and soprano Christine Brewer. In April 2017 he had the honor of playing the Grieg piano concerto with the Shippensburg University/Community Orchestra. He also rehearsed and conducted the Capital Area Music Association (CAMA) over the past several years, including conducting performances with recording artists Richard Smallwood and Donald Lawrence.  In 2019, Dade created a concert of movie piano covers performed at Shippensburg University and at the State Museum of Pennsylvania in Harrisburg.

A graduate of Roosevelt University where he earned a master’s degree in music, Dade graduated with a bachelor’s degree in music education from Wheaton College. He pursued additional studies in music at the University of Michigan, where he studied piano with Lynne Barthlomew and Dr. Louis Nagel. Over the past two years, he has done some coaching with Dr. Richard Roberson, professor of music and dean of School of the Arts at Messiah College located in Grantham, PA.