Pitt-Greensburg alumni have taken their knowledge, skills, and experiences to incredible heights all over the world. Click on the alumni "pawprints" below to discover how some of our Bobcats have left their mark in their fields and on the world! 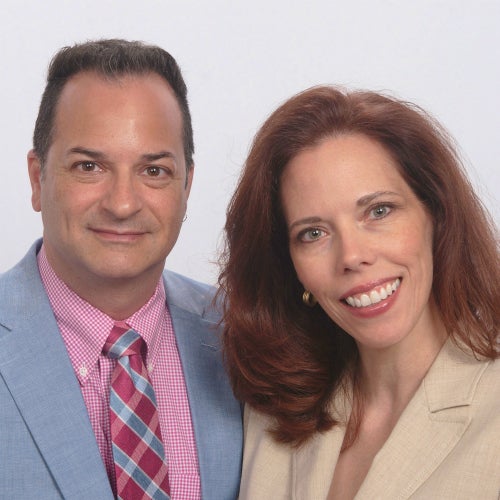 "Find and pursue your passion. Stay focused on your goals. Keep a 'Do what it takes' attitude, and do everything with a purpose."

Laura and Charles met while students. In the classroom, they recall the dedication and passion of their professors. That inspiration followed them into the boardroom. Owners of several real estate development companies, they operate regional hotels, multi-family housing apartment buildings, office/retail centers, and billboards. They enjoy seeing and being a part of the campus’ growth. The W.R. Wagner Dining Hall is dedicated in memory of Laura’s father, and the Gladys S. Wagner Endowed Scholarship Fund is in memory of her mother, who like Laura, served on the Pitt-Greensburg Advisory Board. 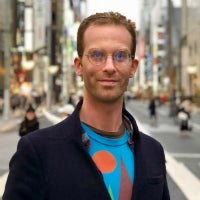 Jason credits his academic success and course of life to the influence and support of his professors and friends. Through classes and clubs, he developed skills and gained leadership experience that taught him new ways of approaching projects and problems. After graduation, he was hired for a teaching job in Japan. Although he enjoyed the work, he changed jobs to develop his language skills. Eventually, he and a friend opened their own eikaiwa (English conversation school), where he is the manager, head teacher, and curriculum designer who co-authored a textbook that is used by the school. 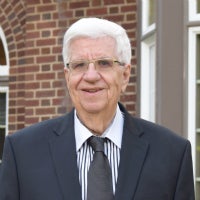 From blues musician to arbitrator, John is a modern Renaissance man. The first registered student in the campus’ history, he credits his education as the springboard to his long and successful career. Spanning five decades, his career has taken him from touring to settling Pennsylvania’s first teacher strikes to developing and restoring real estate to recently selling his 45-year management consulting firm. He raced sailboats, published articles, and recently acquired Prantl’s Bakery. He lends his experience at Career Services events and served on the Pitt-Greensburg Alumni Association Board.

"Enjoy your time in college. Treat everything as an opportunity, and don't be afraid to move forward in life."

The Garstecks all played sports at Pitt-Greensburg. Anthony was a member of the men’s basketball team; Alexandra and Jason participated in softball and ice hockey, respectively. Despite the different eras, the family credits the school with preparing them for life by giving them new perspectives and problem-solving skills. These have served each of them in their careers. Anthony is retired from the United States Postal Service. Jason is a fourth-year apprentice with the Steamfitters Union. Having earned her masters in forensic science, Alexandra works as a project manager for Lemos Labs testing air quality. 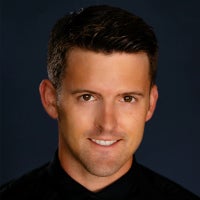 "Work hard, be vigilant, don't be reluctant to ask for help, and don't be afraid to try big things."

Nathan believes with a little initiative anything can be accomplished at Pitt-Greensburg. Working with faculty and staff in both classes and organizations, he crafted his own degree and started the campus’ first multimedia club. From those experiences, he developed a strong work ethic, collaborative skills, and a fearless can-do attitude. Applying those traits to his post-graduate life, he moved to Los Angeles and started his own business. Most days, he works as a photographer or creative director on sets. Juggling various jobs, tracking down leads, and traveling for shoots require daily creativity, ingenuity, and communication. 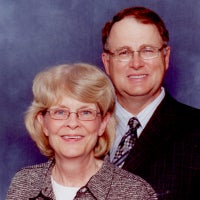 "College is real. Take it seriously and meet the goals of faculty and staff."

For Barbara and Chris Luccy, Pitt-Greensburg provided a strong foundation for their future careers and propelled them into early success. Three years after graduation, Barbara was teaching for the University and working at Magee-Womens Hospital. Chris not only entered dental school a year early, but began a hospital residency without an internship. Working as a pediatric dentist, he started his own practice with Barbara working as a nurse. Now retired, they continue to give back to campus, establishing the Norman McWhinney Scholarship. Chris also serves on the Pitt-Greensburg Alumni Association Board. 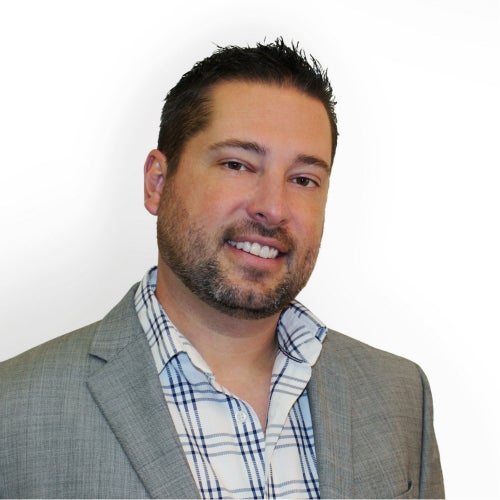 As a student-athlete and work study with Safety and Security, Bill’s social and educational experiences on and off the field allowed him to grow into who he is today and to dream big. His dreams have led him far. He is the co-owner of a multi-million-dollar technology design and integration firm that works with architects, universities, and corporations across the globe to create cutting-edge, state-of-the-art technology experiences that enables users to collaborate and communicate efficiently. He stays involved with campus, playing in the annual alumni soccer game with former teammates. 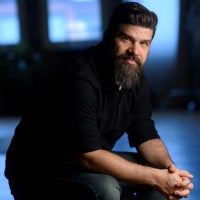 "Life is about experiences. Take chances and never lose your curiosity. Don’t let yourself be defined by one thing. The world is a big place, set out, and find your passion."

As a Pitt-Greensburg student reporter, Justin attended a photojournalism seminar, which he describes as a pivotal point in discovering his calling. His professors inspired him to pursue photography and understand the poetry of visuals, as well as, the importance of the story and the written word. Professionally, he began locally as a string reporter and photographer. Moving to a larger newspaper gave him the opportunity to cover stories internationally. Today, he is an award-winning freelance journalist and a founding member of a collective of documentary photojournalists specializing in telling the American experience. 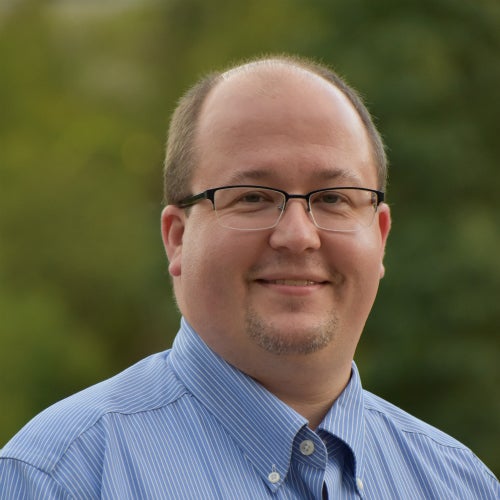 "You have the opportunity to make lifelong friends and network with fellow students, your professors, the staff, and administration. A Bobcat could prove to be a valuable contact who can alter the course of your life."

Brian, a transfer student from the Pittsburgh campus, enjoyed the smaller class sizes. Preparing him for his journey of lifelong learning, Pitt-Greensburg provided him with the skill sets to succeed in chiropractic school, clinical practice, and life. Operating his own practice, he stays current on new techniques and treatments, instructs other chiropractors, and publishes research. Recognizing what the University gave him, he continues to give back to the campus. Serving on the Pitt-Greensburg Alumni Association Board, he encourages each generation to support and enhance the student experience for those who follow them.

"You can take the education [Pitt-Greensburg] offers and use it anywhere in the world."

Dave recognizes that Pitt-Greensburg’s small classes and dedicated professors helped him, a first–generation college student, discover what he loved to do and how it would serve him in life. In class, he relished stories of authors’ lives and borrowed a myriad of books from the library. Encouraged by professors, he published poems and stories in magazines. As a medical researcher, he utilizes the writing and critical skills he developed at Pitt-Greensburg to better reflect the needs and frustrations of the patients. Still writing, he has published two books of poems and three novels, with a fourth soon to be released. 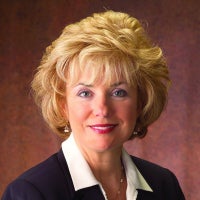 "Be present in every opportunity that is before you. Don’t shy away. Those best life choices only come from fully understanding the options before you."

Terri is grateful that Pitt-Greensburg helped her to make not only the right choices, but the best choices for herself. She recalls how truly vested the faculty and staff were in each student’s success and showed her that her career and future successes were all about the choices she made in life. She was taught the art and value of careful decision-making that has aided in her career as a high-impact business leader in healthcare and now as senior VP with AAA East Central. Terri has chosen to give back to the campus by serving on the Pitt-Greensburg Advisory Board. She also chairs the Excela Health Board of Trustees. 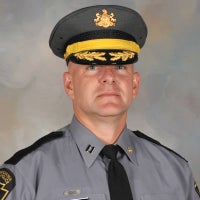 "No matter what job you do or for whom you’re doing it, do the best job you can."

Kirk believes his education at Pitt-Greensburg not only set the groundwork for his career, but, more importantly, provided a foundation for his understanding of the American criminal justice system and its importance to society. This foundation served him well for a life of service beginning as a student with the USMC Reserves to after graduation for the state. He began with the Departments of Corrections and Public Welfare; he eventually joined the Pennsylvania State Police. Promoted through the ranks, as a captain he oversaw the training of 6,500 PA State troopers and civilians. He is currently a troop commander in Erie. 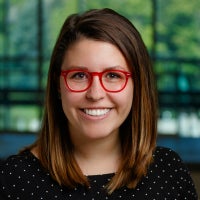 “Get to know the faculty and staff members. These individuals will be invaluable contacts as you navigate the job market, the graduate-school application process, or additional challenges that you’ll undoubtedly face post-graduation."

Kate recognizes that the upper-level biology courses and independent research experiences made for a smooth transition to graduate school. Through her classes, she was exposed to material she was expected to learn in her first year of graduate work. To this day, she still utilizes the process of hypothesis development she learned in her independent research experience at Pitt-Greensburg. Having earned her doctorate in biological sciences, she continues her postdoctoral research in opioid alternatives for chronic pain management in Wisconsin, where she also teaches introductory neuroscience courses. 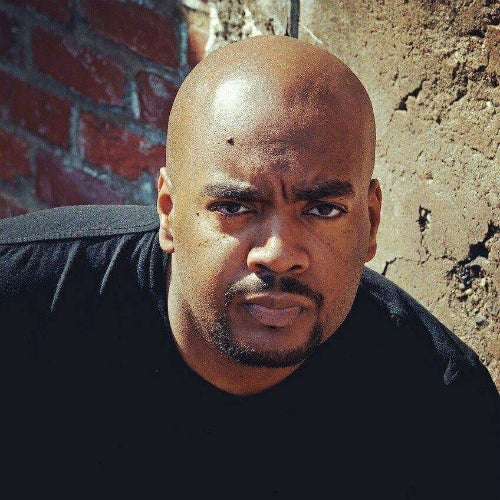 "Be very involved in various student activities on campus. Your time on campus is a great opportunity to learn about yourself and hone in on your passions."

Chad fell in love with acting after participating in campus theatre productions. During his time on campus, he also partnered with the Blackburn Center to establish a Men Against Sexual Violence Club on campus. Both experiences shaped his career. An award-winning actor, director, and producer, he began a production company that produces short narrative films and marketing videos for commercial businesses, entrepreneurs, and non-profit organizations. As a consultant for the national non-profit Men Can Stop Rape, he develops PSAs/promotional videos and facilitates clubs at high schools. 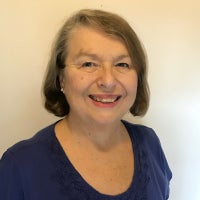 "Study hard. Know that you are capable of great things. Find a career path that you really enjoy. Then, you’ll never have to work a day in your life."

Joyce attributes her interesting, active, and vibrant life to the education she received at Pitt-Greensburg. It gave her a foundation on which she built skills in accuracy, logic, and public speaking. Transferring to Pittsburgh to complete her degree, Joyce became interested in computer programming. After graduation, she began her career teaching computer programming. A pioneer in a burgeoning field, she experienced first-hand the development of technology from room-sized computers to handheld technology. As a civil servant, she retired from the United States Navy where she coordinated database formats.