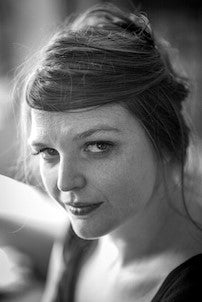 Pitt-Greensburg’s Spring 2017 Written/Spoken Series welcomes novelist and poet Sarah Shotland on Wednesday, February 15, at 7 p.m. in Lynch Hall 102. The reading is free and open to the public. Pitt-Greensburg senior writing major Gretchen Uhrinek will also read from her own work, followed by a book sale and signing.

Sarah Shotland is the author of “Junkette” (White Gorilla Press 2014).  She is a novelist and playwright whose work has been performed in New Orleans, Dallas, Austin, Chicago and Florida, as well as internationally in Chongqing, PRC, and Madrid, Spain.  Her most recent play, “Cereus Moonlight,” was commissioned by miR Theater.  After opening on the Space Coast of Florida, it played at the 25th annual Rhino Fest in Chicago.

She is the co-founder and program coordinator of Words Without Walls, which brings creative writing classes to jails, prisons, and rehabilitation centers in Pittsburgh, PA.  She also is co-editor of the literary anthology “Words without Walls: Writers on Addiction, Violence & Incarceration” with Sheryl St. Germain, published by Trinity University Press in spring of 2015.

A member of the Literary Arts faculty at Pittsburgh Creative and Performing Arts, Shotland also teaches in the MFA in Creative Writing program at Chatham University.

Gretchen Uhrinek is a senior writing major and the winner of the 2016 Scott Turow Prize in Fiction, which included a full scholarship to Chautauqua Institution's Summer Writers Festival. In addition to her work at Pitt-Greensburg, Gretchen is a freelance writer, editor, and blogger.

The Written/Spoken event is a reading series that brings nationally-known poets and writers to the Pitt-Greensburg campus. Undergraduate student writers participate in readings and give performances of their own work. The series is sponsored by the Pitt-Greensburg Creative and Professional Writing Program and the Office of Academic Affairs. For more information, contact Professor Lori Jakiela at 724-836-7481 or e-mail loj@pitt.edu.